Coronavirus - We currently in the Red Readiness Level, which means all face to face activities are currently suspended. For the latest updates, please check out our dedicated page by clicking here.

I am incredibly proud to announce that Roger Owens Acting GSL of 1st Newton & Kingsley and Cheshire Active Support Manager has been awarded the highest adult award in Scouts, The Silver Wolf. I would like to personally extend my thanks and gratitude to Roger for his incredible contribution he has made in Mersey Weaver since agreeing to take on an acting GSL role 18 months ago. We are also grateful for the contribution Roger has made at Group, County and District level for over 55 years. 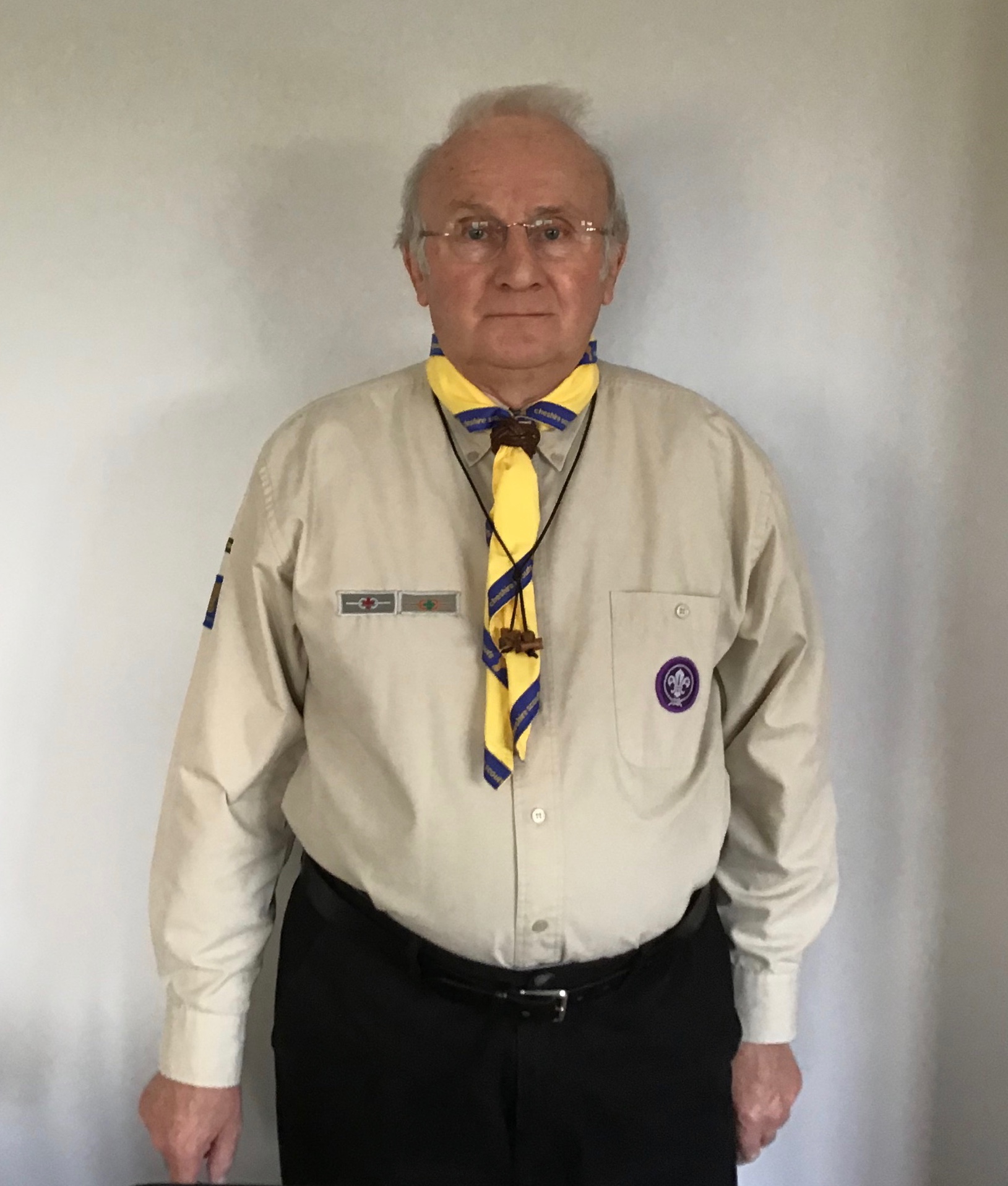 Roger has previously held roles as a district leader and ADC Scouts in Widnes (one of the the two districts that merged to form Mersey Weaver). Many people will remember with great fondness the weekend training courses Roger would run when he was a County Training Advisor and later County Training Manager. As the County Active Support Manager, Roger oversees the 7 County Active Support units and also provides support to active support units across the 10 districts.

We are so pleased Roger has been recognised, he is one of those rare people who will sacrifice any iota of time he has to help people out and support them in any capacity. His unwavering dedication to Scouting for over half a century makes him a more than worthy recipient for this prestigious award.

Roger – thanks you all you do, you’re amazing!